Treasury plans to rip up the spending rule book should benefit poorer areas like Cornwall. But not if all the focus is on the Midlands and the North, argues Cornwall & Isles of Scilly LEP Chief Exec, Glenn Caplin. 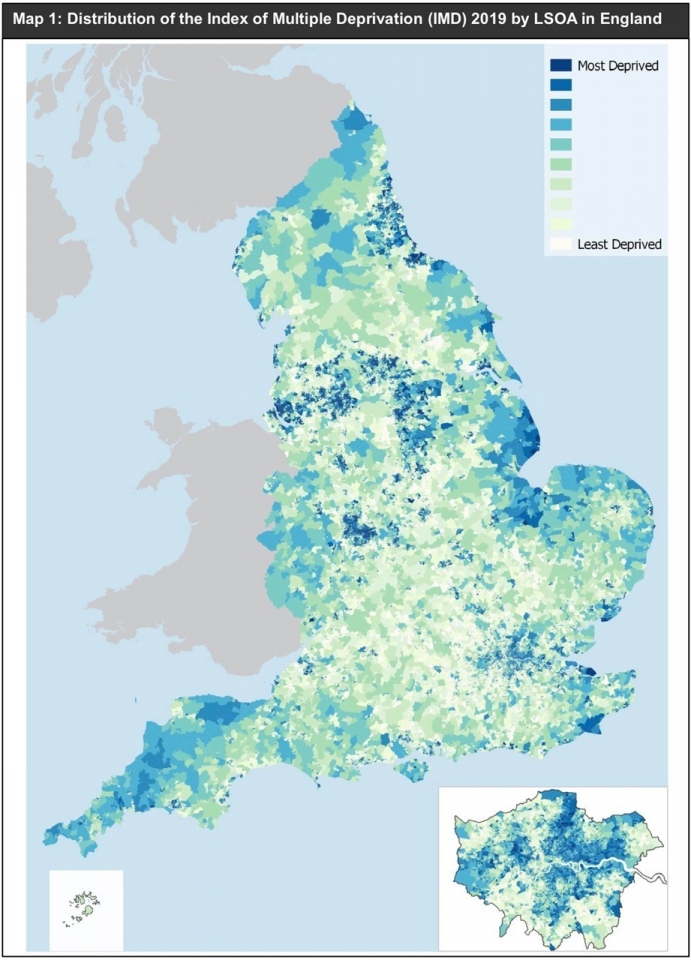 "Following Boris Johnson’s landslide election victory, the Prime Minister has made no secret of his desire to repay voters in traditional Labour heartlands in the Midlands and North for putting their trust in his party.

His pledge to “level up” the UK echoes his predecessor’s “rebalancing the economy”, only now there is a stronger political imperative to hold onto those hard-won seats along what was Labour’s so-called ‘red wall’.

But if, as promised, the Government is going to splash the cash and tackle regional inequality by investing in areas outside of London and the prosperous South East, it’s important it looks beyond the traditional north-south divide and realises that economic need still exists in the South West of Britain.

In Cornwall and the Isles of Scilly we still have 17 neighbourhoods in the top 10% of most deprived areas in England, according to the Index of Multiple Deprivation. This is a national statistical measure published by the Government every four years, most recently last September.

The index measures things like wages, jobs, education, health, disability and access to housing. It shows that out of the 38 Local Enterprise Partnership (LEP) areas in England, Cornwall & Isles of Scilly ranks as the eighth most deprived.

The rest of the top 10 are all North of Birmingham, so it’s not hard to see why commentators use the north-south divide as shorthand for an economically divided Country. But it’s not especially helpful for an area like Cornwall with persistent, demonstrable social and economic needs, as shown by the Government’s own deprivation heat map where the darker the colour, the greater the need.

There are, however, some encouraging signs that the Government might at last be looking at a rethink of funding policy.

Recent reports citing ‘Treasury sources’ and not subsequently denied, say Ministers are planning to rip up decades-old public spending rules. Instead of making investment decisions based on what they do for economic growth or GVA (Gross Value Added), they would be more focused on other measures like improving wellbeing and productivity, or raising wages.

Using GVA as the main measure for investment has been criticised because it means cash tends to go to areas that are heavily populated and already economically vibrant, like London and the South East, exacerbating the divide between the haves and have nots and rural and urban economies.

But using different criteria to “level up” the country could bring real benefits to poorer areas like Cornwall. Here productivity is the lowest in the UK (32% below the national average), exacerbated by factors highlighted in the deprivation index including low wages, poor skills and health issues.

And when it comes to GVA benefits, the value for money equation is often stacked against Cornwall and the Isles of Scilly because of the extra costs involved in providing services and infrastructure to a rural dispersed population.

Most commentators believe the Midlands and the North will be in line for a cash windfall as a result of any potential change in criteria. But from a regional equality point of view that would be wrong because there are sound socio-economic arguments why Cornwall should attract similar investment.

At Prime Minister’s Questions last week [Jan 8] Boris Johnson promised to do “extraordinary things with infrastructure” to improve road and rail transport to Cornwall, and reiterated his pledge to replace Cornwall’s £60m per year of EU funding that will disappear after Brexit.

Meanwhile Chancellor Sajid Javid has signalled a £100 billion infrastructure windfall “that will be transformative for every part of our country, especially for those places that feel left behind.” We shall see.

We must also play our part. That’s why we are working with Government on a Local Industrial Strategy for Cornwall and Scilly that will put our region at the forefront of new and emerging industries, including the fight against climate change. There is much that we can offer the UK, from floating wind technology and renewable energy, to tech metal mining and satellite launch.

It’s also why we’re backing the Great South West campaign with our neighbouring LEPs in Devon, Somerset and Dorset to win more investment. We’re collaborating when it makes sense to do so on issues like transport and renewable energy to secure a prosperous future for all our communities, and especially those neighbourhoods in Camborne, Penzance, Redruth, St Austell, Bodmin, Newquay and Liskeard that have been recognised as most at need.

So if the Government does rip up the spending rule book to boost the wellbeing of regions, we’ll be working hard to seize that opportunity and secure investment for Cornwall and the Isles of Scilly because we are no less worthy than the Midlands and the North. If we’re serious about levelling up and tackling climate change then it’s time to do things differently and build new economic models."