LEPs are to help regenerate town centres, boost businesses and improve infrastructure as part of local Town Deal Boards being set up under the government’s £3.6bn Towns Fund. 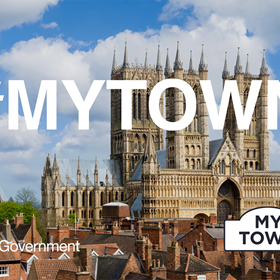 The Towns Fund prospectus provides information to councils in 100 places chosen to pioneer Town Deals – they will receive a share of £16.4 million capacity funding to kick-start their innovative plans and bring their communities together.

Each place will have the opportunity to bid for funding of up to £25 million as part of the government’s £3.6 billion Towns Fund.

The funding could be used to redevelop vacant buildings and land, drive private sector investment by supporting small businesses and ensure young people have the skills they need to get good jobs. Communities will also be able to consider how they can boost their transport links and increase access to high-speed broadband.

"This government is committed to levelling up all parts of the country. We created the £3.6bn Towns Fund to help businesses grow, connect communities and give people the skills they need to succeed.

"But no place is exactly the same. That is why we want to help local people to decide how this investment of up to £25 million in each town can be used to help create new businesses, new jobs and new homes for generations to come.”

The announcement follows the launch of the My Town campaign, giving local people the chance to share what they love about their town and how they want to see it grow. In just one week, the campaign has drawn over 10,000 responses from across the country.

Lead councils in each place will now bring together a Town Deal Board including representatives from across the public, private and voluntary sectors to develop bespoke Town Investment Plans by summer 2020.

These plans will provide a clear vision for building on their town’s unique strengths to transform its economic growth prospects and form the basis of negotiations with the government.

We are giving local people the money and power to decide what is best for their town because they know their community’s unique strengths.

Together we can build on the billions of pounds the government has already invested in our towns and the thousands of new jobs and businesses it has delivered, to level up these places across the Northern Powerhouse and beyond.

See the 100 places being supported to develop Town Deals .

A total of 100 places – including 45 places across the Northern Powerhouse and 30 places in the Midlands Engine – will be the pioneers of new Town Deals building on the Prime Minister’s announcement in July of an additional £1.325 billion to support towns as part of a renewed vision to level up every part of our country, which took the total value of the Towns Fund to £3.6 billion.

In due course the government will announce details of a competition for further towns beyond the initial 100 to develop plans for their own Town Deals.

The government wants to make sure that all parts of the UK can benefit from resources to boost productivity and living standards. The Ministry of Housing, Communities and Local Government is in ongoing discussions with colleagues across government about how we can better support our towns in Scotland, Wales and Northern Ireland and make sure areas throughout the UK share in the opportunities of Brexit.