The West Midlands Local Industrial Strategy launched today has a strong focus on developing a new centre of excellence in Coventry to advance car battery technology. 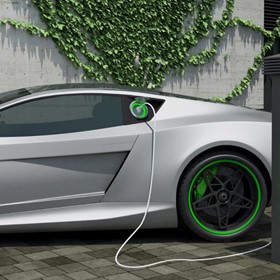 Coventry will be home to a new national centre of excellence in developing the latest electric car battery technology, backed by millions of pounds in Government investment.

Business Secretary Greg Clark today [16 May] announced a new £28 million investment in the UK Battery Industrialisation Centre, providing a stepping stone for our ambition for a Gigafactory in the UK – a large-scale battery technology factory for electric vehicles.

The investment, through our modern Industrial Strategy’s Challenge Fund, comes on top of £80 million initial investment in the centre, which will provide world-leading testing facilities for new battery technologies. This investment will also provide practical training to upskill people in battery manufacturing.

The Business Secretary made the announcement on a tour of the UKBIC site to mark new funding alongside Mayor of the West Midlands Andy Street, as they also unveil the new Local Industrial Strategy for the West Midlands – the first in the country.

The Local Industrial Strategy sets out a long-term vision for the region to increase productivity – including how the West Midlands can harness the next developments in automotive technologies, such as electric vehicles and driverless cars.

“The launch of this first Local Industrial Strategy in the West Midlands is testament to the local civic and business leadership in the region, builds on its continued success to ensure every community across the region reaches their potential.

“Our modern Industrial Strategy aims to boost productivity across the country by backing businesses to create good jobs and increase earning power. This Local Industrial Strategy is tailored to the specific challenges in the West Midlands, and will set an example for other regions to follow.

“Our funding for the UK Battery Industrialisation Centre in Coventry is a key part of this, and will see a world-class facility developed in this automotive heartland, further cementing opportunities, growth and inward investment in the West Midlands.”

“For Coventry to boast the UK’s Battery Industrialisation Centre is a major coup for the city and the wider West Midlands.

“This £108 million facility will give the city and the region a huge boost in the race to lead the world in the production of electric vehicles, which is an increasingly important market as we look to tackle air pollution and climate change.

“The Local Industrial Strategy being launched today also highlights advanced manufacturing, medical research and the creative and digital industries as distinct strengths of the West Midlands. The Strategy will build on these strengths and other opportunities so we have a strong and resilient economic future that can benefit all communities across the whole region.”

“It is fantastic to see construction starting on UKBIC and we are looking forward to working with all our partners on this project which will have huge significance on the next generation of battery systems.”

“This new world-class facility will allow the UK to rigorously prepare our home-grown battery technologies for global competitiveness. This additional investment will mean its ambitious facilities will be expanded and improved to meet the soaring demand of the electric vehicle global market.”

“This is an exciting step in creating the UKBIC which will have a vital role in helping the UK to become a global leader in the design, development and manufacture of batteries through collaborative research and development between industry and academia.

“Coventry and Warwickshire is renowned for our innovation and expertise and this is an important milestone in establishing a new centre which will influence this sector throughout the world.”

Coventry City Councillor Jim O’Boyle cabinet member for jobs and regeneration, and a director of the CWLEP, said:

“The petrol engine changed the world in a way people would not have thought possible. And now the march of electric vehicles is about to do the same again and I’m delighted that Coventry is once again leading the way.

“The construction of the UK Battery Industrialisation Centre puts Coventry and the wider area at the heart of this new technology which will transform the way we travel, create skilled jobs for local people and help to protect the environment.”