More than 1,000 new low-carbon jobs will be created and emissions slashed under an ambitious new energy strategy being unveiled for the region. 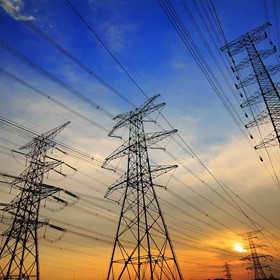 The Marches Local Enterprise Partnership says its new 10-year energy plan will also see half of the region’s electricity produced by renewable sources by 2030,  a national pilot scheme developed for overcoming disruption to the National Grid and fuel poverty cut to below ten per cent.

The LEP – which covers Herefordshire, Shropshire and Telford & Wrekin – will officially launch the energy strategy at a major conference called Planning for a Climate Emergency: Delivering a net zero carbon economy in the West Midlands in Ludlow on July 25.

Key points in the blueprint include:

Graham Wynn, Marches LEP chairman, said the strategy formed a vital part of the LEP’s drive to create the best-possible environment for continued economic growth and prosperity across the region over the next decade.

“We can only continue to grow our economy and create the sort of high-skilled high-pay jobs we all want for the region if we get our energy provision right,” he said.

“The Marches is an area with ambitious growth plans – we want to create 58,700 new jobs and 54,400 new homes over the next 20 years – and energy is a vital component in making sure we can meet those targets.

“The current energy infrastructure is already at capacity in many areas and while this is a threat to plans it is also an opportunity for us to invest in innovative solutions which also meet some of the environmental challenges facing us all.

“This strategy sets a clear path to both growing our economy and responding to the threat of climate change for the generations to come.”

The strategy says that by 2030 The Marches area should have an energy generation and supply system which is flexible and reliable, delivering energy that is low carbon and low cost to businesses and communities.

The LEP is being supported by the Midlands Energy Hub, which is funded by the Department for Business, Energy and Industrial Strategy as part of the Clean Growth Strategy. The role of the Midlands Energy Hub is to support the capacity of Local Enterprise Partnerships and local authorities to identify and deliver local energy strategies and projects.

The Ludlow conference, being held at the town’s racecourse, brings together business, local government and community groups involved in creating the clean energy and low carbon economy transition in the West Midlands.

A series of workshops and presentations will run throughout the day, relating to local and neighbourhood planning, local governance and opportunities for business growth in the low carbon sector.

To book a ticket visit https://www.eventbrite.co.uk/e/planning-for-a-climate-emergency-delivering-a-net-zero-carbon-economy-in-the-west-midlands-tickets-63874857418

About the Marches Local Enterprise Partnership

About the Midlands Energy Hub

The Midlands Energy Hub will support the implementation of the Energy Strategies by: