A £2 billion package of improvements to transform east-west connections on the Midlands’ rail network has been submitted to the government with a clear message from business and civic leaders: “Don’t ignore the East Midlands”. 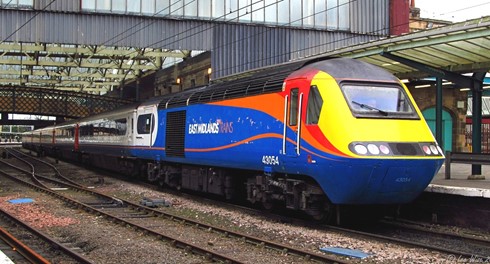 The Midlands Rail Hub outlines plans to build 15 pieces of new and improved infrastructure to create space for 24 extra passenger trains every hour on the regional network, reducing journey times, increasing rail journeys and supercharging the economy by bringing the East and West Midlands closer together.

The plans, which can be completed in phases between 2024 and 2033, have been submitted to the government by Sub-national Transport Body Midlands Connect, in partnership with Network Rail and with the backing of 47 partner organisations including West Midlands Combined Authority, local authorities, LEPs including D2N2, chambers of commerce, HS2 and East Midlands Airport.

Local Enterprise Partnerships are playing a vital role in driving forward economic growth across the country, helping to build a country that works for everyone.

Benefits of The Midlands Rail Hub

Building additional capacity into the network will future proof the regional network for the next generation, with significant benefits for East Midlands passengers, freight and the economy:

Proposed interventions in the D2N2 area include extra track west of Nottingham to increase flexibility and capacity for additional services at an estimated cost of £15-25m. If the scheme goes ahead work would start between 2026 and 2033.

The new scheme would also be fully integrated with HS2 and Midlands Connect, alongside its partners and the business community, has repeatedly made the case for the delivery of HS2 in its entirety, including Phase 2b from the West Midlands to the East Midlands and on to Leeds, alongside associated investment in the existing network.

“This ambitious plan is all about the opportunity for faster and more frequent rail journeys between our region and cities like Coventry, Birmingham, and Leicester.

“This improved infrastructure, alongside the full implementation of HS2, is key to unlocking additional growth in our economy.”

“The Midlands Rail Hub is a cost-effective, evidence-led plan to upgrade our Victorian infrastructure to meet the demands of the future.”

“These proposals capture the enormous economic potential of the Midlands, with 320,000 new jobs estimated by 2030, mainly in professional services firms who depend on good rail connectivity to attract skilled workers.”

“Our people and businesses are suffering from poor connectivity and it’s time that the government took action to bring the great economic centres of the Midlands closer together.

“The Midlands Rail Hub is a vehicle for change, it will change where we work, where we live and who we do businesses with, it will encourage us to make greener choices and allow the network to keep pace with growing demand. We must accelerate these plans.”

Following the submission of the Midlands Rail Hub Strategic Outline Business Case to the Department for Transport, Midlands Connect has requested an additional £25 million in funding to bring the project to “Outline Business Case” stage of development, which includes specific scheme development and sequencing, a full overview of benefits, project designs, and a full risk assessment.